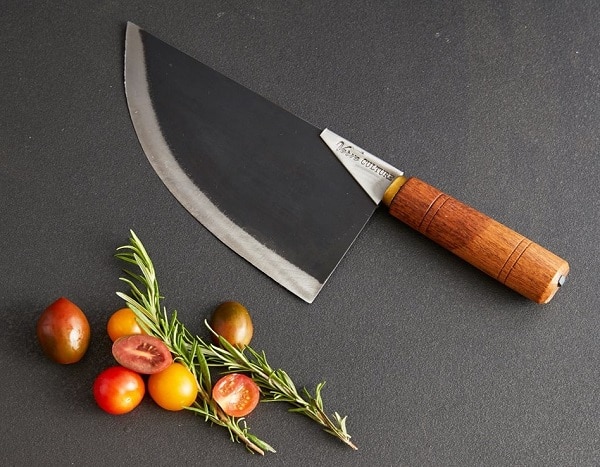 "Gift your dad who loves to cook a new knife this Father’s Day! The Verve Culture Thai Moon Knife is lightweight, carbon steel moon knife (named for its round shape) allows for a longer cut

Its light, thin blade was traditionally used for cutting pork in the markets; it even cuts through bone. It’s a dream for cutting through meat and bone, as well as hard-skinned fruit (like watermelon).

Crafted by Thai blacksmiths in a traditional style, this uniquely Moon shaped, hand-forged chef’s knife by Verve CULTURE brings an exotic flair to your kitchen! The carbon steel Thai Moon knife is a must have for creative kitchens and serious chefs alike."